The Epistle of Jude – Introduction 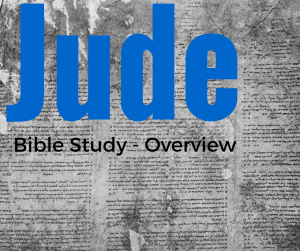 I thought I would share my personal bible study of Jude.  This easily overlooked letter found near the end of the New Testament is unique and offers the Christian a very clear lesson about false teachers.  I begin all of my studies with prayer and then do an overview study of the book before I study verse by verse.

I use a variety of study tools including a few different commentaries, bible dictionary, illustrated bible handbook and of course the Bible itself.  The next study will be Jude  verses 1-4 found here.

You may want to take your own notes and research using your own study tools.  The Blue Letter Bible is a great resource that includes commentaries, dictionary, greek & hebrew lexicons as well as many different translations of the Bible.  Check it out.

So, here is my “Overview” below.

“Jude” which is Judah in Hebrew and Judas in Greek. named after the author

What was the purpose of his letter?

Who is the audience?

When was it written:

Where was it written

Jude was believed to be written near Jerusalem.

What makes Jude unique compared to most other NT letters?

Jude and his wife traveled on missionary journeys with his brothers and their wives (1 Corinth 9:5)    5 Do we not have the right to take along a believing wife,

[a] as do the other apostles and the brothers of the Lord and Cephas?