Today we transition from the major prophets to the minor prophets as we finish reading Daniel and move into the book of Hosea.  In Daniel 9 we hear the prophet acknowledge Jeremiah’s prophesy of the exile lasting 70 years.  Other future prophesies are made including the demise of the temple, the sacrifice of our Savior Jesus, future kings & rulers, and the end of time.  Moving to Hosea, we learn he is a prophet from the Northern Kingdom and his message takes place during the time when the people have strayed far away from God.  The people were oppressing the poor and corruption within the legal system and idolatry were all part of the daily life of these people.  God tells Hosea to Marry an unfaithful woman yet even after they have children she is unfaithful and leaves him.  He redeems her and brings her back home.  God uses these circumstances in Hosea’s life as an analogy of the unfaithfulness of Israel and God’s wants the people to repent and turn back to Him.  Israel won’t repent and the fall of the Northern Kingdom takes place. 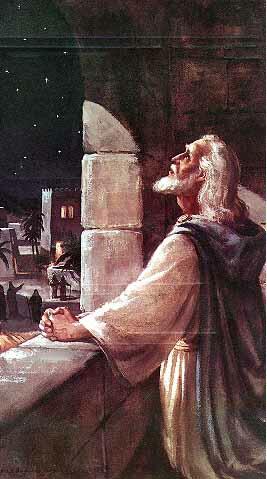 4 I prayed to the LORD my God and confessed:

“Lord, the great and awesome God, who keeps his covenant of love with those who love him and keep his commandments, 5 we have sinned and done wrong. We have been wicked and have rebelled; we have turned away from your commands and laws. 6 We have not listened to your servants the prophets, who spoke in your name to our kings, our princes and our ancestors, and to all the people of the land.

Daniel has heard Jeremiah’s prophesy and understands the judgment from God.  The scripture above is only a small portion of his prayer but it really does summarize most if not all of the sin committed by Israel during the time up to the exiles of the Northern and Southern kingdoms.  Daniel prays earnestly for all of Israel acknowledging their sin.  He says that they have been rebellious and turned away from all of the laws and commands Given by God.  They ignored the prophets who were warning the people of the coming judgment.  Daniel calls the Lord “great and awesome”  and calls God’s covenant with man a “covenant of love”.

Even while Daniel was in distress and pleading with the Lord about the sin of the people of Israel, he still took the time to recognized the greatness of God.  As we speak with our Lord in prayer, we should consider God’s wonders, goodness and awesomeness even while we lay our requests before the Him.

Lord, you place the stars in the sky, make new planets, bring rain for the birds and plants and knitted me in my mothers womb.  You really are an awesome God.