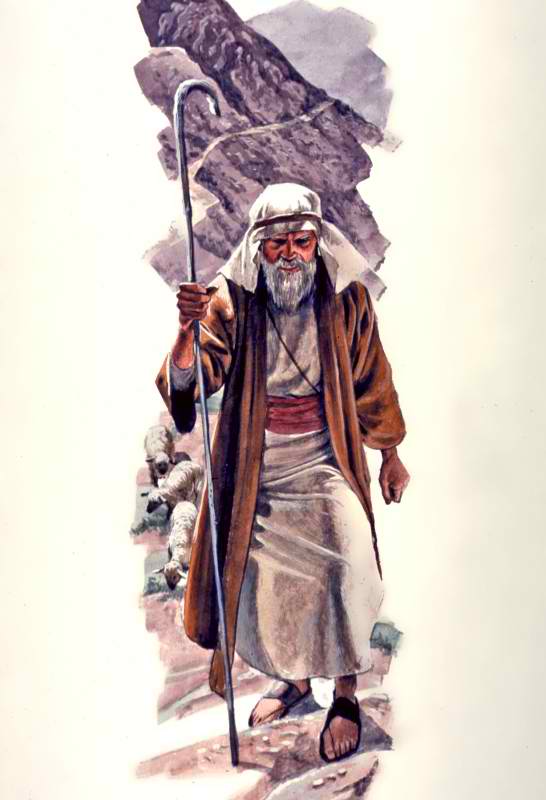 God continues to lead the Israelites through the wilderness to several locations.  The people grumble against God and are plagued by poisonous snakes.  The people repent and are healed.  Israel wanted to pass through the Ammorite land but their King said “No” and attacked them.  The Israelites fought back and conquered them and took their land and cities.  So Israel settled in the land of the Amorites and also conquered the king of Bashan and his army.  Balak, king of the Moabites saw what had happened and paid Balaam (a diviner)  to have curse the Israelites.  Baalam realizes that God is on the side of Israel and talks with God.  Baalam blesses Israel 3 times and leaves.   Later, God tells Moses to take a census of 20 year old men to serve in the army.  He instructs Moses to split up the land based on the numbers of each tribe.  God tells Moses to go to the top of  the mountain so he can look out and see the promised land.  He won’t be able to cross over into the land because of his sin with the striking of the rock.  God tells Moses that Joshua will be his predecessor and Moses commissions him.   He tells Moses to take vengeance on the Midianites.  The Israelites killed all of them including Balaam.  At the end of our reading we learn that the Reubenites and Gadites (two of the 12 tribes) want to stay where they are and not cross the Jordan into the promise land because the land is good for grazing their animals.  Moses agrees as long as they agree that the men of their tribes will cross with Israel and fight until the land is conquered.

15 Moses said to the LORD, 16 “May the LORD, the God who gives breath to all living things, appoint someone over this community 17 to go out and come in before them, one who will lead them out and bring them in, so the LORD’s people will not be like sheep without a shepherd.”

Moses has literally seen it all.  He has seen God, led millions of people from captivity to a promised land and spoke on behalf of God to the Israelite people.  Even though the people were disobedient and ignored, even cursed God, Moses pleaded with the Lord to be merciful towards his chosen ones.  Moses shows who he really is when he knows his end is near.  All he asks God is to make sure to select a person who will properly lead (shepherd) the people into the promised land.  He is thinking of the people, not himself.   That is the sign of a good leader.

There are many self-help books teaching the latest & greatest technique on leadership.  Moses found that if he was obedient to God he was on the right path.  Moses was also humble.  He put his people first as we just learned in the scripture above.  Moses also kept the law in his heart.  He remembered God’s instructions for life and service.  We can be good leaders with our family, friends and co-workers by being diligent like Moses in all that we do for the Lord or for whatever task we have been given.  Many times this means putting others before ourselves.

It isn’t easy to be kind and loving to those who are hard to love God.  Thank you for the testimony of Moses.  His example of obedience and service while in difficult circumstances is an encouragement to me.  Thank you for always being with me as I lead.